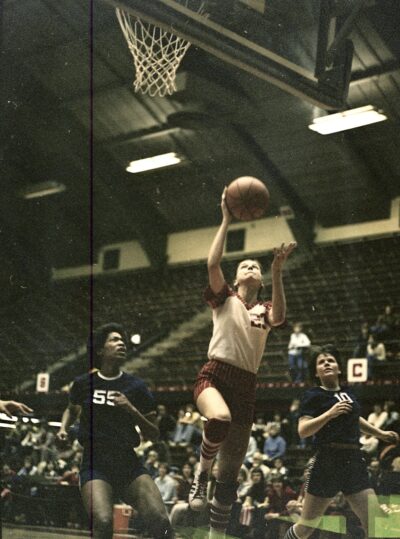 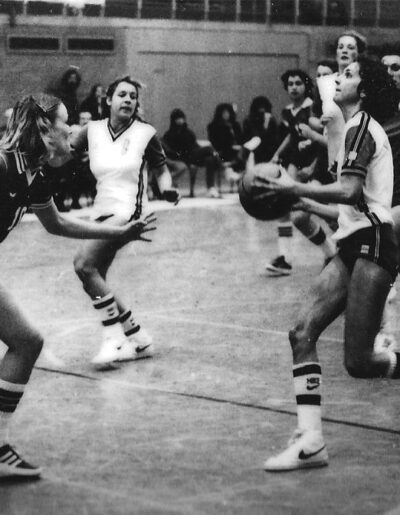 Why did you write the book?

I wrote the book in commemoration of 1972 Title IX legislation mandating equality regardless or race or gender in all publically funded schools, which impacted women’s lives as much as the right to vote had. It is a tribute to my parents, my sisters, my coaches, my teammates and my athletes, and all those who fought before me and along side me, so that today no female ever questions her right to be “all that she can be.”

What surprised you most as you researched and wrote it?

How little has been written about that time period and how skewered our attitude was about women. At the same time the world’s most powerful country had the scientific knowledge to drop an atomic bomb and put a man on the moon, they believed women’s participation in sport could be detrimental to their health. The physical education association, back by medical authorities, taught rigorous exercise would interfere with women's ability to bear children.

Jill Hutchinson’s master’s research proved a woman’s heart would not explode by playing full court basketball, which led to the rule change from 3 a side half court game to full court 5 vs 5 game like the men in the 1971-72 season.

What do you think will surprise the readers most?

The sheer determination, not only me from my own from personal setbacks, but from a whole generation to never give up on a dream. In an age when WNBA players make 6 digit salaries and college players are treated like rock stars, younger athletes will find it hard to believe we drove station wagons to compete in the Big Ten. The sheer drive of the women to continue playing the game they loved in the face of scorn without monetary, esteem. Pure, raw, love

What’s the most important message?

The message is twofold: never give up and it is okay to be different. Facing discrimination and without role models to emulate, I grew up feeling scorned by society and struggled for self- esteem. My experiences gave me empathy with underdogs, not only women, but my work also challenges readers to question stereotypes about minorities, homosexuals, female athletes, and other ethnicities like French and Germans.

Did writing this book change your life in any way?

It saved my life. I started seriously writing after my accidents. I taught myself to type on an old manual lying flat on a couch with a blindfold over my eyes because the letters jumped across the page from whiplash injury. The dream of writing sustained me during the endless hours of therapy as I pushed through pain to pursue a new goal and accept that I would never run, jump and play again.

What do hope will come from others reading it?

Inspiration to pursue dreams, to stand up against intolerance, to empathize with the underdog.