Skip to content
I am dancing around the house to Michael Jackson’s HIStory CD and reminiscing about his life. The World wants to “Rock with You” Michael, as you made your journey from one dimension to another. A year ago on 25 June 2009, just days before his world comeback tour, Michael Jackson, age 50, died of cardiac arrest in his home. It stunned the universe. As if the boy who never grew up could ever grow old and perish. The radio blares Billie Jean and Beat It, the TV shows Michael in concert moonwalking across our living rooms and into our hearts. Michael, the child prodigy, won over everyone regardless of color, nationality, age, and economic level. 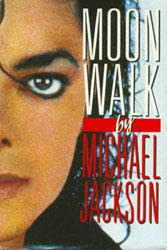 Since the age of five he entered the music scene as singer with Jackson Five, Michael has fascinated all of us with his artistry as King of Pop.

As part of the baby boomer generation, I grew up with MJ. Every time I hear his songs, I relive the turbulent seventies, a time of social change at the heels of Civil Rights Movement and Viet Nam War, at the height of the Cold War and just before collapse of the Berlin Wall. Michael broke the color barrier in music and went on to become the first African American superstar, before Tiger Woods, Oprah Winfrey, Barack Obama, Michael became a cultural icon. But he was a tortured genius. As a child star robbed of childhood, Michael never grew up. He epitomizes the identity crisis in each of us…androgynous, neither black nor white, a Peter Pan Man trapped in boyhood. Though he sold over 800 million albums, earning wealth and fame with one record breaking hit after another, his personal life was in shambles and filled with solitude. He lost his fortunes in court fighting to acquit his name. Yet one has to wonder. How many adults lived in A Neverland Estate filled with carousel rides and roller coasters and play hide n seek and engage in water fights to unwind?

A cute kid became a great looking guy, but Michael never liked his reflection and endured endless rounds of plastic surgery and skin blanching. But whereas Michael preferred his sculpted pointed chin and compact nose on paste-colored face, to the rest of the world he looked like a ghostly freak show. Yet we all did our best to overlook Wacko Jacko’s eccentricity and forget his transgression, because we love his beat. Like his songs eluded was he Black or White, this Man in the Mirror?

Across all four corners of globe, from NYC to Los Angeles, Paris to London to Beijing to Moscow fans gathered spontaneously to light candles, sing chorus lines, and dance in the streets.How could someone so loved, died so lonely? Rest in peace, Michael. In the end you defied time, immortalized forever in the sounds you left behind. Thriller, Bad, Scream, I listen to his hits and as if drinking from the fountain of youth, I am magically propelled into the past, remaining ever the adolescent too.