On January 6th, I watched violent scenes unfold on Washington DC’s capitol hill on a dark episode in our history and I wept for my country.

Ironically at his “Make America Great Again” rally, Trump’s supporters were incited by his inflammatory speech as he ranted “Stolen election. A fraud. I will never leave office.” The mob stormed the Capitol, breached the police blockage, and ravaged the House and Senate while terrified US representatives donned gas masks and ducked behind chairs. 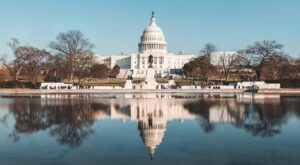 ur years under the leadership of this madman ended in this deplorable moment in our history, leaving American citizens shocked, appalled, humiliated and terrified. It degraded our image and lowered our status among other countries.

Is the world’s oldest democracy, a beacon of hope, a bastion of freedom imploding in front of our eyes?

I weep for my country. My spirit is broken. My heart is shattered.

My personal history with Washington DC makes this event even more painful. As a child I used to boast to friends that my relatives - my grandma, uncles, aunts and cousins - lived in our nation’s capitol as if that afforded me special connections. 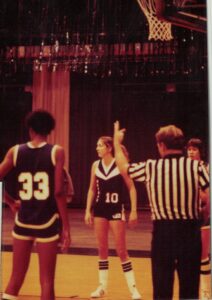 In my twenties I called it home, when I was a player for the professional basketball team, the

Washington DC Metros, a precursor to the Washington Mystics and the WNBA.

Back then, I loved showing off “my city” to visitors, leading them on tours along the majestic National Mall past the Lincoln Memorial and Jefferson Memorial and Washington Monument. 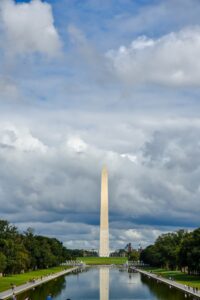 Long after I moved to Europe, DC remained imprinted in my heart - Fort Belvoir, a US Army base where we practiced, the DC Armory, the national guard training arena, where we played our games, and the Capitol Center where we toured. A kaleidoscope of memories collide warm family meals, heated basketball games, cozy jazz clubs in historic Georgetown, and landmarks of American history.

Growing up, the privilege of American citizenship has never been lost on me. I am the granddaughter of immigrants who sacrificed everything to build better lives on US soil.

Fast forward forty plus years where, as an expat in Switzerland, living in a safe neutral country, I stare at that news report as domestic terrorists, American white supremacists, scale the walls of the Capitol building and rampage after our US President ignites their insurrection by spewing lies, hatred and intolerance.

Though friends, having moved back to the States warned me about the dangerous division infiltrating my homeland, I never believed it could be that bad until I saw the events unreeling on Jan 6.

Yes we must impeach the President, imprison the perpetrators, condemn their actions, but then how do we move forward?

Where do we go from here? How do we reconcile? The world has witnessed with incredulity our values disintegrate on prime time.

How do we, as the oldest democracy, restore the pillars of our foundation — peace, liberty, equality for all — when the essence of what it means to be American has been desecrated? 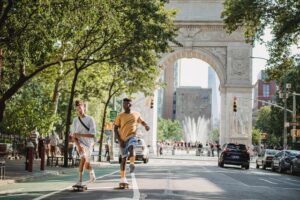 Before an entire country can heal, we must begin with one person. Reach out. Get to know someone of another religion, race, culture, ethnicity and learn about their universe. What foods do they eat? What holidays do they celebrate? What language do they speak? What deities do they worship? What fears do they face of living in the USA? How can they be made to feel welcome here?

If your neighbors all look, think and act like you, read papers from another country with a neutral viewpoint from another perspective without the biased Democratic/Republican party division.

Not everyone was raised in an accepting family, or experienced firsthand cross cultural living and marriage, or teaching in an international school. I have been lucky to have met, worked with and learned about people from everywhere around the globe.

Tolerance may not be a birthright, but it can be a learned behavior.

It starts in our homes, spreads to neighborhoods, communities, crosses state lines and national borders.

Tolerance begins with the words we speak and actions we take.