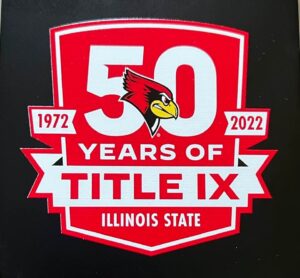 As a girl, I was stuck on the sideline, watching boy’s basketball games, hoping that the ball would roll out of bounds so I could throw it back into play. I never fathomed girls would be allowed on center court one day.

It opened doors to places I never knew existed. 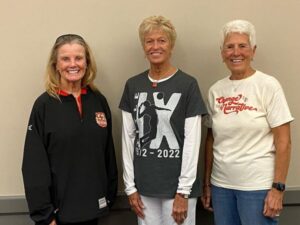 Illinois State University's legendary coaches, Linda Herman (30 plus years as esteemed volleyball coach and administrator) and Jill Hutchison (28 years at the helm of women’s basketball and also a successful international level coach) among others, played a major role in Title IX’s passage and assured its implementation for female athletes.

This June 25, 2022, ISU led the nation again by honoring the pioneers in its Title IX 50th Anniversary Celebration.

In 1976, I was one of the first females to be awarded an athletic scholarship to ISU. Back then, I didn’t even know what a scholarship was. No one realized the profound impact Title IX would have on our lives.

Today young female athletes grow up dreaming of being recruited and receiving athletic scholarships and all its perks just like their male counterparts.

During my visit back to the ISU campus for the first time in decades, I was blown away by the accommodations for female Redbird athletes including the opportunity to prepare in the state of the art Jill Hutchison Women’s Basketball Locker Room and play in Redbird Arena, 10, 200 seat capacity.

Many athletes of the current generation never heard of Title IX nor appreciate how we got here. ISU reminded us of the sacrifices in our journey by honoring the pioneers who paved the way

Linda and Jill opened the event by narrating a video of outlining the development of women’s collegiate sport back from the days when women sewed their own uniforms and drove campus station wagons cross country to compete until present times.

We heard firsthand how Title IX shaped the lives of ISU alumni like basketball star Cathy Boswell, 1984 Olympic Gold Medalist, to Jaci McCormick, a Native American player from the Nez Perce Reservation. Jaci went on to co found Rise Above, an organization that uses basketball to promote wellness on reservations. 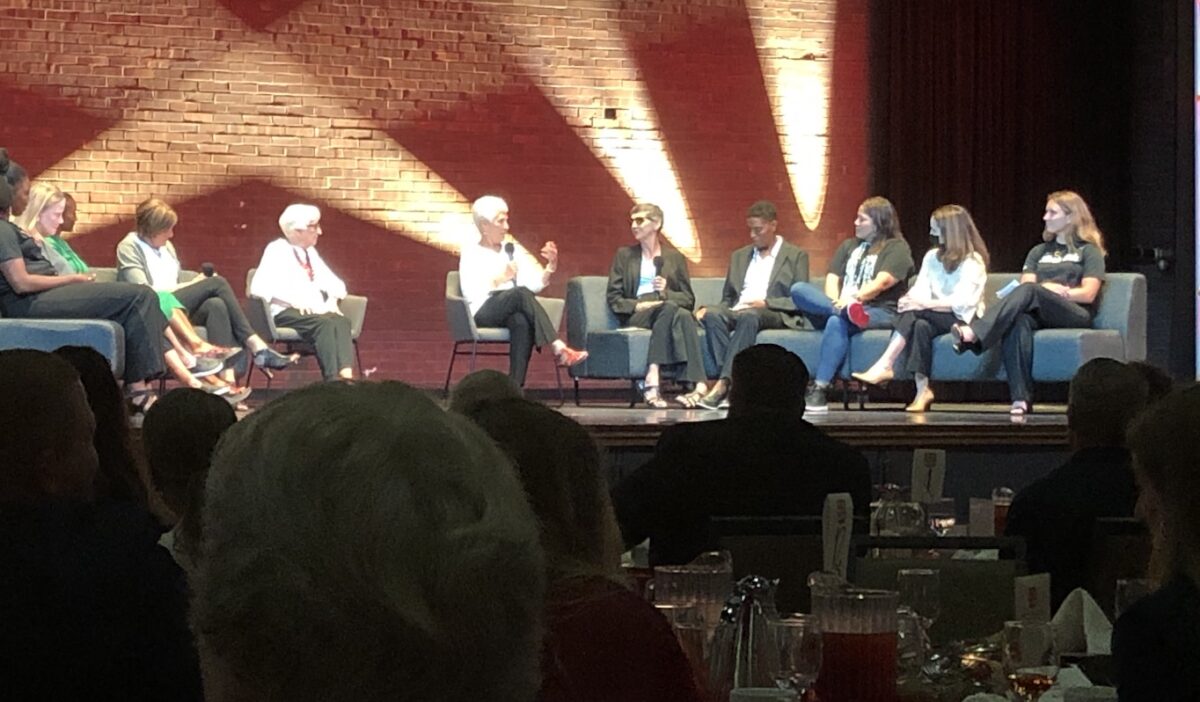 Speakers also included Melinda Fischer, a former 3 sport athlete, basketball and softball coach with the winningest record at ISU and in the Missouri Valley Conference and Angie Taylor, who after a record-setting career in track and field became an illustrious international and collegiate coach. She also developed programs for Nigerian track and field teams.

Still others on the panel shared how they took the foundation and philosophy built at ISU and passed it on as coaches and administrators.

I was humbled and honored to be invited to speak and the share the stage with these legends. Most of you who follow my column know my story.

Basketball took me from ISU, to the women’s first pro league (WBL), to France, Germany and Switzerland. In the late 70s, the Women’s Professional Basketball League (WBL) failed, but we helped give birth to the WNBA in 1996.

After my American pro team went bankrupt, I flew to Paris as one of the 1st American women in European Basketball League, playing first in France and then in Germany.

When my player’s career ended instantly in a car accident abroad, I became a teacher and coach at international schools. For the next 3 decades I served as an ambassador of the game in Europe, guiding athletes from around the globe, first in France, then in Switzerland.

“No person in the United States shall,

on the basis of sex, be excluded from participation in,

be denied the benefits of, or be subjected

to discrimination under any education program

Many of the players I coached pursued higher degrees before returning to their homelands to fight for social justice.

When I was a kid, women were banned from the playing fields. I didn’t know any female doctors, lawyers or CEOs.

We fought for the right to play ball and paved the way for our high-flying daughters today.

My own daughter, who I coached in Switzerland, came to USA where she played in a DIII Final 4 for UWSP, studied 11 years and reached her dream to become a pediatrician.

Many of our present day contemporaries never heard our history. I wrote Home Sweet Hardwood, A Title IX Trailblazer Breaks Barriers Through Basketball, to give a voice to the silent generation of women who battled so hard for the rights we have today.

Jill and Linda and other dedicated pioneers put together an amazing weekend to celebrate our past, to educate, and to inspire the next generation.

We can’t know who we are if we don’t know where we came from.

We are indebted to women who came before us .

From the sideline to Showtime! Thanks to Title IX, a girl grows up never questioning her right to be all she can be.