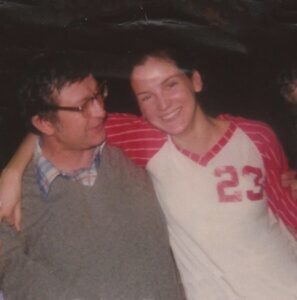 “What was it like making history becoming the first athletic scholarship recipient at Illinois State University during the groundbreaking implementation of Title IX?” asked journalists from my alma mater.

“You can’t know you are making history,”I said, “while it’s being made.”

It felt like another day. No one noticed back then.

Fifty years ago, no one could fathom the impact the passage of Title IX made in opening doors. This June 23, we celebrate the profound changes this amendment provided by mandating equal opportunity for women in education and sport. We applaud the sacrifices of those who came before us.

We wouldn’t be here with out our dads, too. Many fathers of that era have passed on, but they were there when we needed them. They taught us how to throw balls, catch passes and get up after being knocked down at a time in society when girls were supposed to sit and cheer, not play on the field and fight back.

My dad shaped my life. When I see him, I remind him again of his impact. 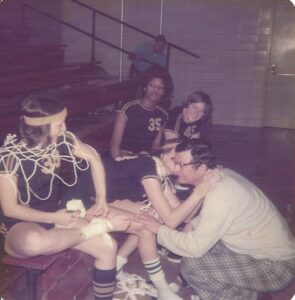 “Dad, remember all those hours we spent at the gym, all the baskets you rebounded for me.”

Dad, easily distracted in old age, suddenly focused, raised his right hand, cocked his wrist and he repeated the litany I grew up with. “Elbow in, ball in fingertips, follow through. Bend knees. Remember your power comes from your legs…”

“You made me a great ball player,” I said. “We thought we were shooting hoops, but we were making history. You taught me how to shoot a lay up, fake and drive, and swish a jump shot; I was ahead of other girls of my time.”

I became a prolific shooter, the first female athletic scholarship recipient at Illinois State University, a draftee into the first women’s professional basketball league, and one of first Americans to star overseas on European teams.

“It started with you, Dad. Believing in me. A girl!”

“I bet I taught you how to play all the ball games,” Dad said and chuckled. 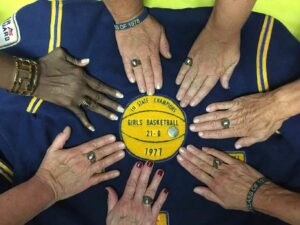 “Yep, you showed me how to throw a football, pitch a softball, spike a volleyball. You broke the rules and taught me all the things girls weren’t supposed to be doing back in the 60s and 70s. Because you did, I never doubted that I had the right to be there in the gym like the boys.”

“As a coach at Sterling High School, you also provided opportunities for the next generation of female athletes including your youngest daughter. You guided her Golden Girls basketball team to the first Illinois High School Association (IHSA) state championship in 1977.”

“When I could no longer play,” I reminded him, “I became a good coach, just like you. I coached daughters and sons of world leaders who went on to fight for social justice in their homelands as civil rights lawyers, international diplomats, and medical practitioners. One of those girls I coached was your granddaughter, who became the first doctor in our family, a pediatrician.” 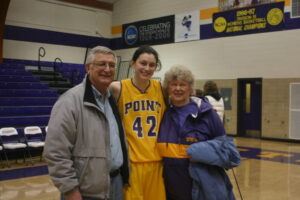 A half of century is a long time. Attitudes change slower than laws. For decades, many women, coaches, and administrators fought for equal funding - equipment, uniforms, gym space - and a place at the table. 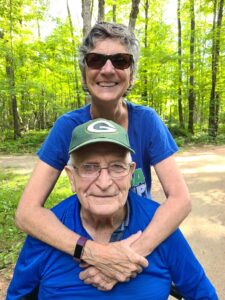 We have a ways to go, but we are getting closer. It began with dads, like you, who believed that little girls could, should and would play ball one day.

Thanks for the game