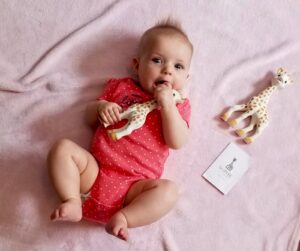 Vulli, a company based in Rumilly in the Haute-Savoie region of France, not far from where we live outside of Geneva, has kept the highly guarded secret of how Sopie la Girafe is made. The rubber, used by Vulli to make Sophie, comes exclusively from the hevea trees growing in Malaysia.

Surprisingly such a simple toy has a complex process of production. To create Sophie la girafe, Vulli first heats the latex using a special process involving a 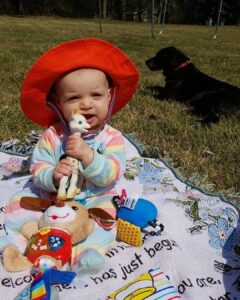 technique called "rotomoulding" and then performs a series of 14 manual operations, which are still used today..
Unlike modern toys, which do everything except cook dinner and change nappies, and may be too sophisticated to foster learning, Sophie, a teething toy, was designed to stimulate all 5 senses from the babies’ age of 3 months.

Though Sophie’s squeaker may drive parents crazy, the sound the giraffe makes when squeezed stimulates the baby’s hearing and helps him to understand the link between cause and effect.
The giraffe’s dark spots captures baby's eyesight, which is still limited in the early months, and can only make out high contrasts.

Developed from latex, made from the natural rubber of the Hevea tree, Sophie has a distinct scent which makes the giraffe easy for babies to identify amongst other toys.
At an age when baby puts everything in her mouth, Sophie, made of 100% natural rubber, was a toy designed to chew. Akin to the nipple of a feeding-bottle, Sophie’s soft textured, chewable ears, horns, and legs makes her perfect for soothing baby's sore gums during teething.

Sophie’s texture feels soft, like baby's mother's skin, which stimulates physiological and emotional responses that soothe the baby and promote healthy growth and well-being.
Her shape - long legs and neck and her size, 18cm - makes it easy for baby to grip.

When my children were babies, Sophie was their favorite toy, so when I gave one to my niece, Marie, when she was born and it became her beloved toy.

When Marie had her first baby, Hadley, I sent her a Sophie original from France. But Hadley’s grandma, my sister Karen, beat me to it. Sophie la Girafe is no longer found only in 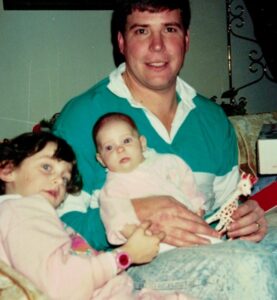 France, she can be purchased in 80 different countries and is sold at your nearest Target.

Sophie’s, popularity, which once spread by word of mouth, has now reached sales of over 50 million. She has become such a commercial success that she has her own brand, website and blog.

Like all celebrities, Sophie even joined a good cause and partnered with Girafe Conservation Foundation (GFS) to conserve the future for giraffes in Africa 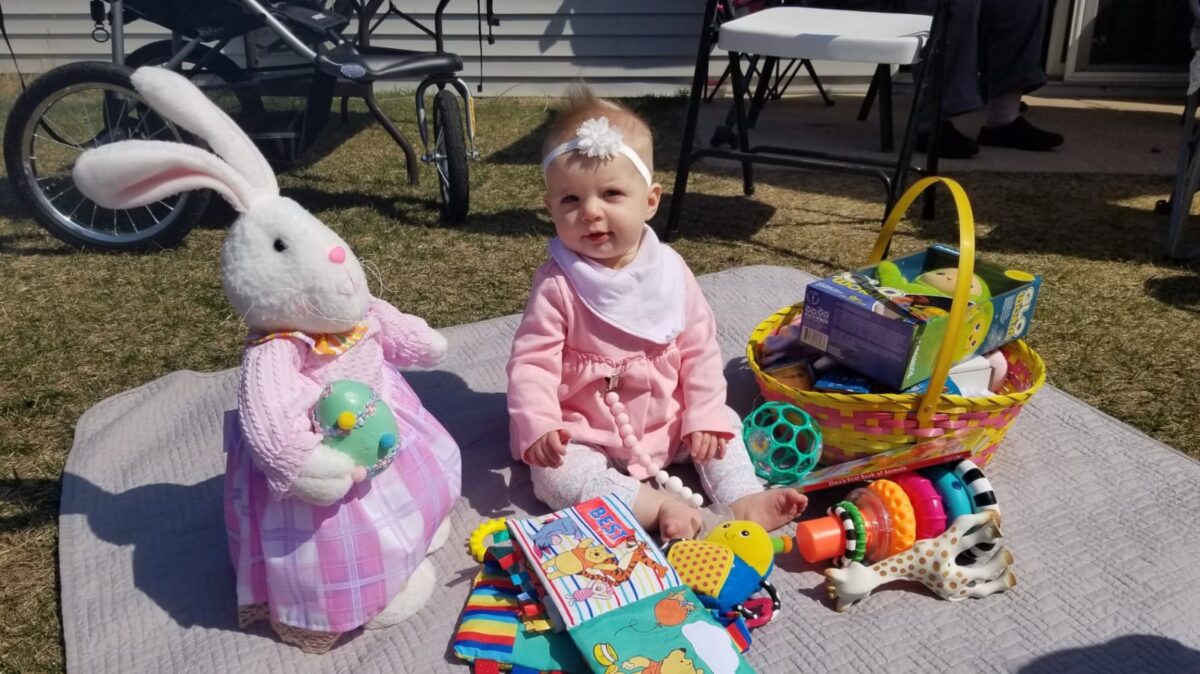